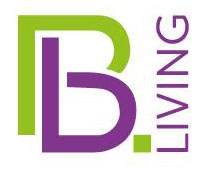 Europe is facing some of its major challenges since the end of WWII. From the effects of radicalization and extremism, to the crisis of refugees and asylum seekers or the discrimination of some migrant communities, the question about how to foster the social cohesion and to fight against discrimination has come into the middle of debates in an increasingly culturally diversified Europe.

Religious and moral values are a highly sensitive area. The religious dimension of intercultural education and education itself require specific kinds of teaching and learning approaches. Unlike some traditional approaches to intercultural education, these methods should not focus on the link between the dominant culture and minority cultures, but instead on learning to live together.

The B.LIVING project is a network of partners from Austria, Belgium, Greece, Spain, Turkey and the UK and aims at empowering teachers and trainers to cope with religious diversity by developing a new European dimension of intercultural education in education and training and by addressing religious diversity inherent to our multicultural societies, from human rights and intercultural learning perspectives.

This project has been funded with support from the European Commission. This publication reflects the views only of the author, and the Commission cannot be held responsible for any use which may be made of the information contained therein.